75 Years Ago: The First-Ever Junior Nationals

Seventy-five years ago this week, in 1940, USA Hockey (then known as AHAUS) hosted its first-ever non-adult national championship. Classified as the United States Junior National Championship, it was held at the Boston Arena (now known as Matthews Arena) and featured eight teams of varying ages, many of them comprised of players in their late teens.

One such team, the Boston Junior Olympics, clawed its way to the final on the strength of 18-year-old left wing Dick Rondeau and 19-year-old goaltender John Meoli, but then they ran into a grizzled Boston buzzsaw called the 97 Club. Its headliners included John P. Chase, then 33 years of age, and already a veteran of Olympic play. The former Harvard star captained Team USA to silver at Lake Placid in 1932, and eight years later, bested Meoli three times en route to an 8-6 win for the Boston 97 Club which made them the first-ever USA Hockey "junior" national champions.

Unlike their championship-game rivals, the youthful "Junpics" stars' best hockey was still ahead of them.

Rondeau would eventually captain Dartmouth College to 41 consecutive wins and three Ivy League championships. As a sophomore in 1942, he was named to the Boston Globe All-Pentagonal Team, inspiring one hockey observer to declare Rondeau as “possessing the qualities to develop into the nearest approach yet seen in American college hockey to the immortal Hobey Baker.” Soon after, he joined the Marine Corps and was injured in a recreational swimming accident that ending his playing career, but not his involvement with hockey. Following World War II, he coached at Holy Cross and Providence College, and also served as a linesman in the AHL.

As for Meoli, he would also serve in the military, and afterward, he patrolled the nets for Team USA in the 1947 IIHF World Championship.

Both Rondeau and Chase eventually earned enshrinement in the U.S. Hockey Hall of Fame, the Dartmouth star in 1985 and the Harvard man in 1973. 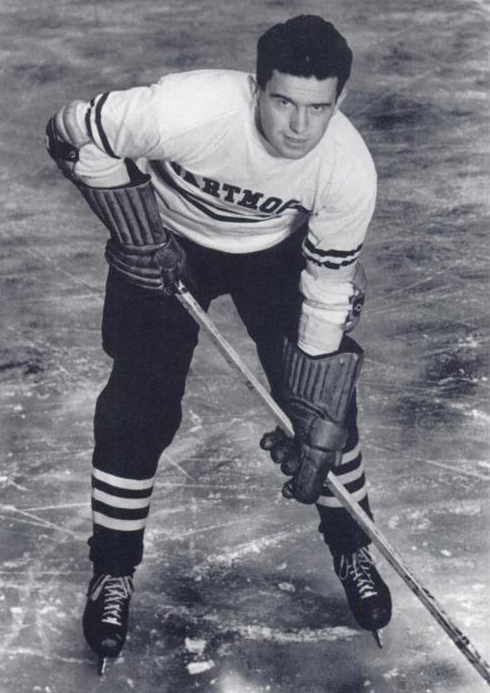 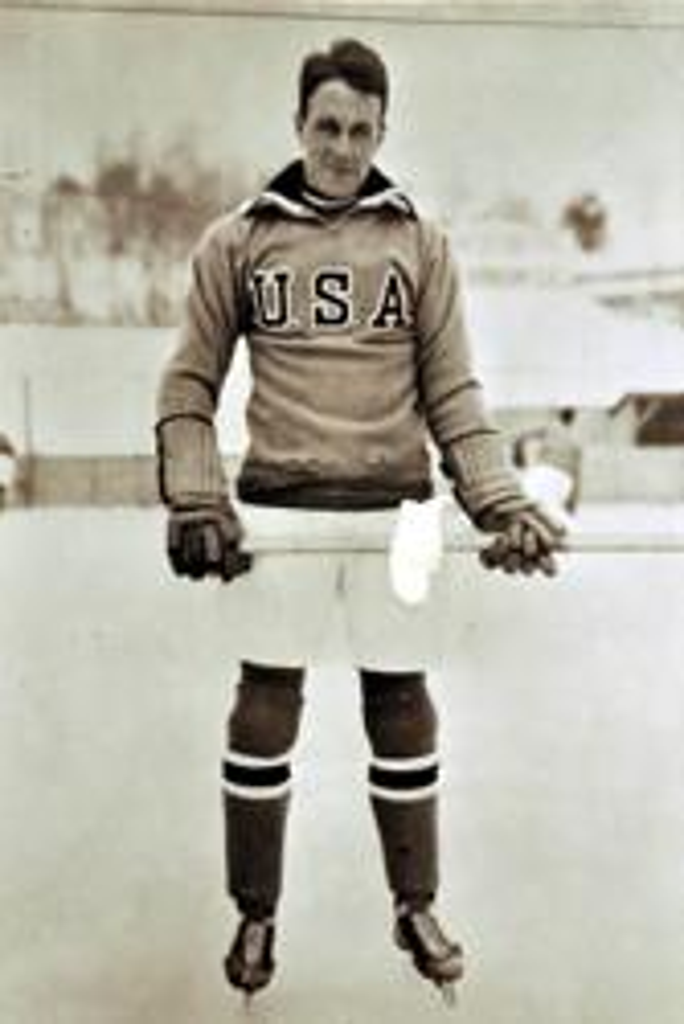 John P. Chase poses in his Team USA sweater during the 1932 Winter Olympics. He would later become a USA Hockey national champion with the Boston 97 Club.