Second period of championship game made the difference 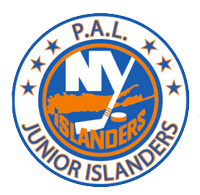 The second period and special teams were the key for the Islanders. After a scoreless first period, they scored both a shorthanded and and a power-play goal for a 2-0 lead after two.

Vincent DeSanctis battled the Buffalo player at the point, picked up the loose puck, and went in alone. He headed straight at the net, sending a high wrist shot over the right shoulder of Branden Schellin.

Greg Hendrickson netted the power-play goal with a slapper after some good puck movement by the Islanders.

"It put us up 2-0," Islanders coach Bob Thornton said. "And I thought it was enough to win, because [Anthony] Porrino was so solid in net."

However, Buffalo was not giving up. Just past the midway point of the final period, Greg Koutsomitis scored off a scramble in front of the net to halve the lead.

The Islanders withstood a final push from Buffalo to hold on for the 2-1 win.

"It wasn't an easy game," Thornton said. "It was back and forth. The Regals had a ton of skill. They challenged our goalie. Anthony was basically the difference in us winning that game."

The Islanders record may not be that impressive heading into Amherst at 34-23-4, but they are peaking when it matters.

Thornton explains, "Our season kind of started slow. It's been hot and cold. The last six weeks, we came on strong, won our league, the USPHL, which is a tough league to win. Then we just carried that momentum in the state tournament, and we wound up winning all our games here."

Thornton knows it won't be easy at the 2017 USA Hockey Youth Tier I 18U National Championships in Pittsburgh, held April 6-10.

"In 18U hockey, anything can happen," he said. "It's tight, always good goaltending, every player can skate, the teams are deep. When you get to that tournament with the best teams in the country, we just have to be at our best. They're riding a wave right now."

The new Youth Tier I 15s classification also saw a Long Island team versus a Buffalo team, which also featured a tight contest with the winner scoring twice. In this case, it was the Buffalo Junior Sabres who won over the Long Island Gulls 2-0.

Both goals came in the third period. Alex Cicero knocked in a rebound four minutes in. Casey Severo finished the game off with an empty-net goal.

With the victory, Buffalo is heading to the 2017 USA Hockey Youth Tier I 15s National Championship in Scottsdale, Arizona.

The Express teams romped through their championship games, both against the Buffalo Junior Sabres.

After leading just 2-1 after one period and 3-1 after two, Westchester 14U scored three more in the third to complete a 6-1 rout. Zackary Tonelli scored twice within 2:22 to kick things off in the final period. Buffalo had five power-play opportunities, but were unable to score with the man advantage.

The 14U Express will now travel to Scottsdale.

The Westchester 16U team one-upped their compatriots, beating the Buffalo Junior Sabres, 7-1. Again, the first period was close at 1-1. Matthew Barbolini opened the scoring 22 seconds into the game to give Buffalo the initial lead, then Westchester ran away with it, scoring four times in the second and three in the third. Ethan Abraham and Sammy Steele each scored a pair of goals, both times in succession.

Both teams advanced to the finals by winning their semifinal game in overtime. The Junior Sabres beat the Buffalo Regals on a goal by Zachary Nazarett just 45 seconds into the extra period. Westchester took their overtime contest 5-4 over the PAL Junior Islanders when Jason Ruszkowski scored.

The 16U Express will now advance to Pittsburgh.

The Westchester Vipers also cruised to the Youth Tier II 14U title, whitewashing the Clarence Mustangs, 6-0. Kyle Saul got the shutout.

Andrew Esposito tallied a hat trick while DJ Matusz scored the first and last goal. The opening goal was shorthanded off a quick transitional rush down the middle.

The Vipers will head to Coral Springs, Florida, for the USA Hockey Youth Tier II 14U National Championships.

The Youth Tier II 18U Clarence Mustangs were able to advance with a thrilling 5-3 win over the Schenectady Chargers, which saw tempers flare often. Both teams scored a shorthanded and power-play goal.

After a scoreless first period, Jordan Weigand gave Clarence the initial lead. Then, in the last minute of the second, Schenectady's Logan Discanio tied it up on a one-timer after receiving a cross-ice pass just after a 5-on-3 expired. However, Clarence retook the lead 18 seconds later on a quick rush as Adam Batz cut across the crease and scored.

Clarence scored twice in the first half of the third period for a 4-1 lead. Luke Pierce notched a shorthanded goal on a clean breakaway from center ice. Pierce scored again, this time on the power play, on a controversial call. Officials ruled that the puck went in a fraction of a second before the net was dislodged.

Schenectady refused to give up in a game that appeared over. They scored a shorthanded goal of their own by Hayes Merideth. This gave the Chargers a jump, and Michael Lemieux cut the lead to one with 1:33 left to play, knocking in a rebound at the backdoor.

Schenectady pulled their goalie, but Nathan Berke saved the day for Clarence, putting it into the empty net for the 5-3 final.

The Youth Tier II 16U title was claimed by the Cheektowaga Warriors, who beat the Skaneateles Lakers, 4-1.

Jacob Jackson scored early in the first period for Cheektowaga. That lead held until the third period thanks to a Cheektowaga goal being waived off in the second. Then Bryce Benham and Dylan Giancarlo scored in the first 2:10 of the third for the 3-0 lead. Justin Zulewski rounded out the scoring for the Warriors. Daniel Colabufo broke the shutout.

The USA Hockey Youth Tier II 16U National Championships will be held in Frisco, Texas.