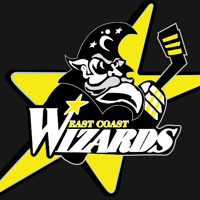 When the 2017 USA Hockey Girls Tier I National Championships begin April 6 in Rochester/Macomb, Michigan, chances are there won’t be a 14U team with more experience than the East Coast Wizards.

The Wizards captured both the Tier I and Tier II titles last season and returns the bulk of its players. Only three girls are new to this year’s team.

“I think it’s helpful a bit,” said Wizards coach Mike Girouard, who coached the 14U Tier II girls last season to the championship. “You’ve still got to go out there and play. There’s really good teams out there. You definitely need some luck. But it certainly can’t hurt to have some Nationals experience.”

Girouard preaches teamwork with his players and they’ve really come through this season. The coach believes his girls learned valuable lessons last year at Nationals, especially knowing how to compete in every game at the highest level.

The Wizards advanced to Nationals after winning the Massachusetts 14U state championship March 12 at the New England Sports Center in Marlborough, Massachusetts.

East Coast opened the tournament with a 1-0, hard-fought victory over the Massachusetts Spitfires. The Wizard scored with just 17 seconds remaining in the game to earn the victory.

“Their goalie was unbelievable,” Girouard said. “We didn’t want to go to overtime and a shootout. Boy, she would have been tough in a shootout.”

The Wizards (34-5-4) took care of the Middlesex Islanders 6-1 in the second game before downing Assabet Valley 3-2 in a shootout. East Coast trailed 2-1 with under four minutes remaining in regulation and pulled its goalie with 1:58 on the clock. About 10 seconds later, the Wizards tallied the tying goal. After a five-minute overtime session, the Wizards scored twice in the shootout to end it after four shooters.

In the semifinals, East Coast squared off with the formidable Bay State Breakers. The Wizards played a sound all-around game, skating to a 4-1 win.

Against another highly-regarded opponent, the Wizards came prepared to take on the Boston Junior Eagles. East Coast trailed 1-0 before scoring four unanswered goals for a 4-1 victory.

Girouard didn’t have any one player who stood out in the tournament. He loves having a well-rounded squad that works hard and has fun.

“In our league play, I think we do really well because we’re consistent throughout,” Girouard said. “We don’t have any drop-offs. Our goal is to keep coming at teams and keep the pressure on, and that’s worked fairly well so far. Hopefully that continues, we’ll see what happens.”

The Wizards rely on their defense to keep them in games.

“We feel we have a good defensive team,” Girouard said. “That’s definitely one of our strengths. Again, I think we’re well-rounded. We’re tough to play against, because when we’re playing well, we just keep the pressure on. When we’re not playing well, it shows pretty quickly.”

The team has six solid players on defense and two equally strong goalies in Daisy Boynton and Dani Bernstein. Both boast goals-against averages under 2.00. The two goalies have split time all season long. Girouard uses an interesting rotation with his two netminders.

Last year during Girls Tier II 14U Nationals, Girouard was called upon to confirm scoresheet accuracy for the USA Hockey tournament directors.

“They were looking at the scoresheet, saying, ‘Can you explain what’s going on here with these goalies times on ice?’” Girouard said. “They didn’t know we switch our goalies every three to four minutes, and we just rotate them in and out. I’ve been doing it for easily five years, maybe six years.”

Girouard believes using both goalies throughout the game keeps them both fresh. He doesn’t think pulling his goalie every few minutes disrupts their rhythm.

“I think you have to have the right kids that handle it, but the girls I’ve had do it extremely well,” Girouard said. “They’re on their own. I never know who’s in the net. I think it’s great.”

So coach, you wouldn’t keep a hot goalie in the game?

Girouard doesn’t have an overly potent offense. In fact, he doesn’t even know who his leading scorers are.

“I’ve preached it to my girls for years, ‘I will never look at a scoresheet,’” Girouard said. “I’m always promoting things differently. I’ve always promoted a good defensive play or a good save by a goalie that eventually leads to a goal by us. Very rarely is it the person that puts it in the net who did all the work.”

Heading into Nationals, Girouard knows his girls will be prepared for the grind of the tournament. Expectations aren’t something that are discussed with the players.

“I don’t think the kids have high expectations, I really don’t,” Girouard said. “I just think we’ll have as good a chance as anybody if we play well. That’s our goal is to go out there and play well. Definitely don’t think we can just show up and win this thing, definitely not. There are going to be some really good teams there.”