Having to play their way in, Alaska leaves no doubt 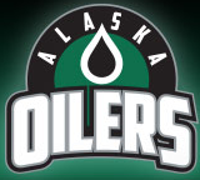 This year’s trip to the USA Hockey Youth Tier I National Championships is a little sweeter for the Alaska Oilers.

The Tier I 15-year-old squad was the host last year for Nationals, so they received an automatic bid into the tournament. This year, the Oilers had to win the Pacific District Tournament, and they did just that at the Las Vegas Ice Center on March 12.

Oilers coach Merit Waldorp said he could feel an added sense of urgency from his players knowing they had to play for a spot in Nationals this year, which will be held April 6-10 in Scottsdale, Arizona.

“They worked extremely hard getting to that point, knowing there’s not any guarantees,” Waldrop said. “I think anything less than making it was unacceptable for them as players and for us as coaches. So far they’ve met goal No. 1, now I think their second goal is to have a good showing at the national tournament.”

Waldrop estimates 60-70 percent of his players got a taste of playing at Nationals last year, which will certainly be advantageous this year.

“Being one of the top 16 teams once in their lifetime just sets them up for more success,” Waldrop said. “Last year, they had a really good showing, they made it to the quarterfinals. I think, this year, they’re honestly a better team than they were last year. I think they’re a little bit bigger, stronger, faster, more talented. And I think on top of all that, their team chemistry has just come together. To be honest, I think they have a good chance to show well there and really put a statement out there for the Pacific District and Alaska hockey as well.”

The Oilers didn’t mess around at districts, outscoring their opponents 22-3.

Alaska opened with a 2-0 victory over the Anaheim Junior Ducks. Skylar Gutierrez tallied both goals for the Oilers. In their next game, Alaska topped the Los Angeles Junior Kings 6-1 as Asa Kinnear had a goal and two assists. The Oilers cruised 8-1 over the San Diego Junior Gulls in the final round-robin game, with Kinnear netting a hat trick.

The Oilers met the Kings again in the championship game and won 6-1. Kinnear had another standout game with two goals and an assist.

Kinnear finished the tournament with six goals and three assists to lead his team in scoring.

“In my opinion, he was the top player in the tournament,” Waldrop said. “He just kind of took over. He took his game to another level.”

Waldorp said his forward controlled the puck half the game, played good two-way hockey, blocked shots, finished hits and made plays. Kinnear is starting to garner NCAA Division I looks, and playing so well in the tournament certainly will help the recruiting process.

“If Asa had five more inches on him, he’d be signed already,” Waldrop said.

Gutierrez finished the tournament with eight points (4G, 4A). The 6-foot-4 forward is a smooth skater whose coach was quick to note his advanced skills. He had two older brothers who played in the Western Hockey League (WHL) and one drafted into the National Hockey League. Waldorp coached all the brothers and said the youngest in the family is the best player at that age.

The player with perhaps the highest ceiling for the Oilers is Jeffrey Bertrand. The 6-foot-3 forward is one of 46 American hockey players born in 2001 invited to the United States National Team Development Program Evaluation Camp on March 24-28.

“He had a great tournament as well,” Waldrop said. “Obviously, probably didn’t have the numbers that Kinnear did. But just his presence on the ice. When you see him, he catches your eye. As soon as he walks in, you’re like, ‘Who is that?’”

NCAA Division I programs know exactly who Bertrand is.

Defensively, the Oilers are led by Cam McDonald and Dylan Abbott, who played well in the district tournament.

The Oilers have been using a pair of goaltenders this season who have split time: Hannah Hogenson and Theodore Stevens II. Yes, the Oilers have a female goalie who has been spectacular all season. Hogenson gave up two goals in districts and Stevens surrendered one.

Waldorf said if Hogenson, who is listed at just 5-foot-4, 130 pounds, continues to develop, her future is bright.

“She’s special,” Waldrop said. “She competes, she battles, she’s not afraid, protects her net. I don’t think there can be a girl goalie in the country as good as she is. Not even close. She’s on another level.”

The Oilers head into Nationals expecting to do well with their talented roster.

“As a coach, I always hold the bar really high,” Waldrop said. “Our goal should be to be in that championship game and take a run at it. We played some of the competition at this level and competed really well … If these kids show up and they play their game and they leave it all on the ice, I think they can win the whole thing if the cards are played right.”