Catch all of today's action from Scottsdale

South Shore Kings 1, Little Caesars 2: South Shore was desperate for a win and Joseph Kramer gave the Kings an early lead, but Little Caesars answered with a Carter Mazur goal late in the first period and the eventual game-winner from Ben Schoen early in the second to claim a 2-1 victory. Little Caesars protected the one-goal margin with a surgical third-period effort that limited South Shore to a mere four shots on goal, despite the Kings enjoying a power play late in the period.

“That was obviously a big penalty kill late and I thought that was one of our best sequences,” said Kris Draper, the four-time Stanley Cup winner who now leads Little Caesars 14U. “Our guys are comfortable playing in one-goal games, and in the third period especially, we did a good job of doing the right things and knowing where to put pucks.”

Anthony Cipollone, who stabilized the Express with two goals including the game-winner yesterday, spurred Westchester once again against the Little Caps. The University of Vermont prospect scored a shorthanded goal at 8:53 of the first period and Westchester never looked back.

“I liked our better possession of the puck and I liked our overall game a lot more than yesterday,” said John Tonelli, Express head coach. “We’re settling more into our game.”

The Westchester win sets up a showdown with Little Caesars tomorrow for the Olympic Division top spot. It will also match head coaches with a combined eight Stanley Cup championships between them.

“We know Little Caesars is a very good hockey team,” said Tonelli. “We’ve got to be ready for every situation. Hopefully we can control the play and do the things we like to do more than the things they like to do.” 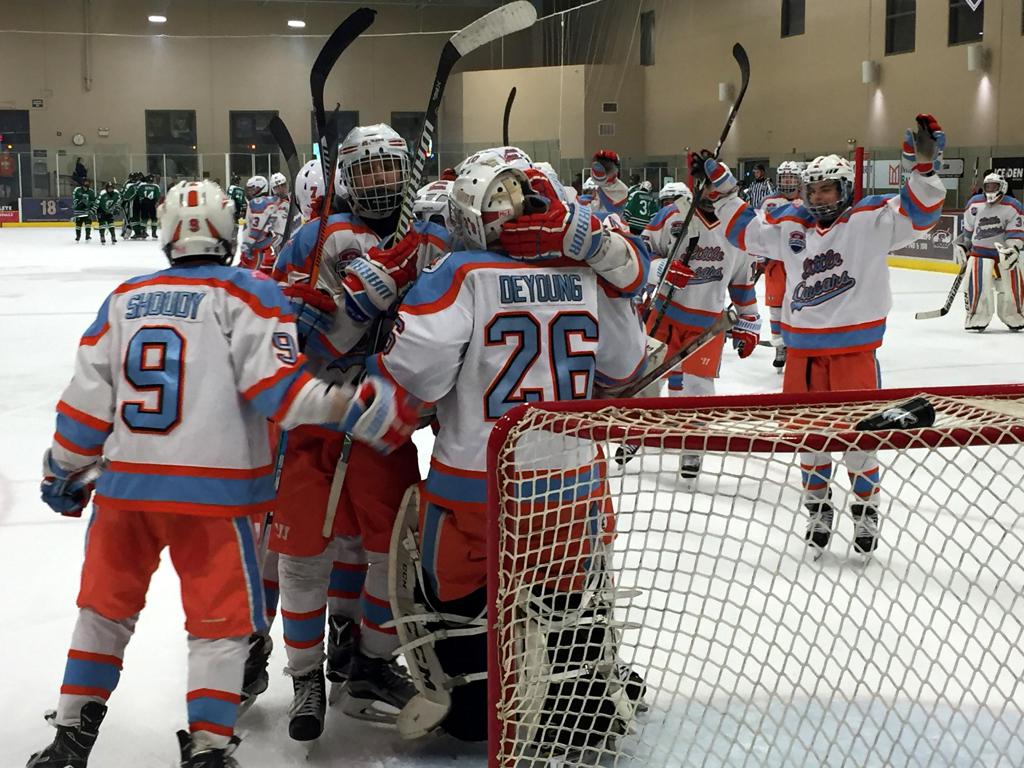 Little Caesars 14U celebrates with goaltender Cullen DeYoung after a hard-fought Friday victory over South Shore.