For these Bosco Braves, born at the tail end of that feud, the only east-west battle of import was their opening-game showdown with New York’s Kings Park/Commack in the 2018 USA Hockey High School Nationals.

Winners of the California state championship, Bosco arrived in Minnesota with only 11 skaters and a goalie, but the short bench proved no problem as the Braves struck for two goals in the opening three minutes en route to an 11-2 triumph.

“There’s a two-hour time difference between here and California, and one of our players didn’t arrive until this morning, so I was glad we got off to a good start,” said Tomas Kapusta, Bosco’s head coach and a 1994 Czech Republic Olympian. “Our kids are capable of playing both good and bad, but if they play together and pass the puck, we’re usually good.”

Bosco was great against Kings Park/Commack, scoring the game’s first five goals, a burst that included two from Filip Chudy and one from Dante Terramani, his regular linemate, who also added a pair of first-period assists. Chudy, a Slovakian who emigrated to the United States three years ago, finished with three points and plenty of praise for his teammates.

“We have very good chemistry,” said Chudy. “We have fun out there.”

There was plenty of fun to be had Thursday, with nine of Bosco’s 11 skaters recording at least one point. Terramani (1G, 3A) and Samuel Kapusta (2G, 2A) led the way with four-point games.

For Bosco, which launched its hockey program from scratch as a junior varsity team four years ago, it was a perfect way to begin its first-ever Nationals foray.

“We didn’t know what to expect at the national level, so we just focused on playing our game,” said Chudy.

Against Kings Park/Commack, that meant winning with only two defense pairs and a rotation of left wings alongside set center and right wing tandems. Coach Kapusta was unfazed by the challenge and grateful for the opportunity.

“Especially for our seniors, this is a highlight of their career,” he said. “We’re just very thankful for the support we’ve received from Bosco for our teams, and for the chance to play here at Nationals.” 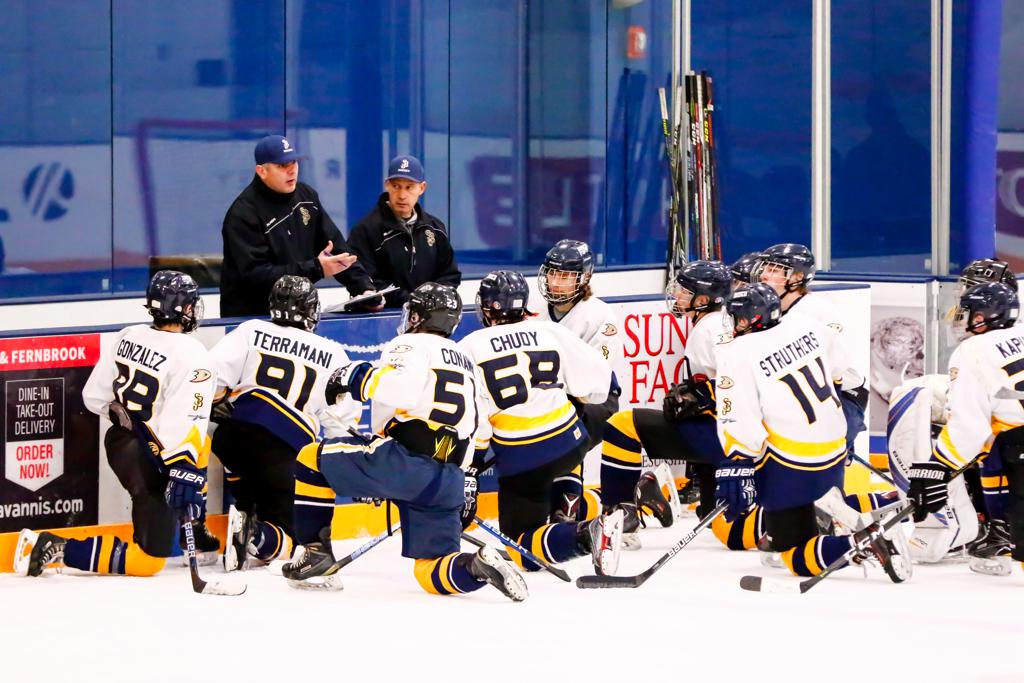 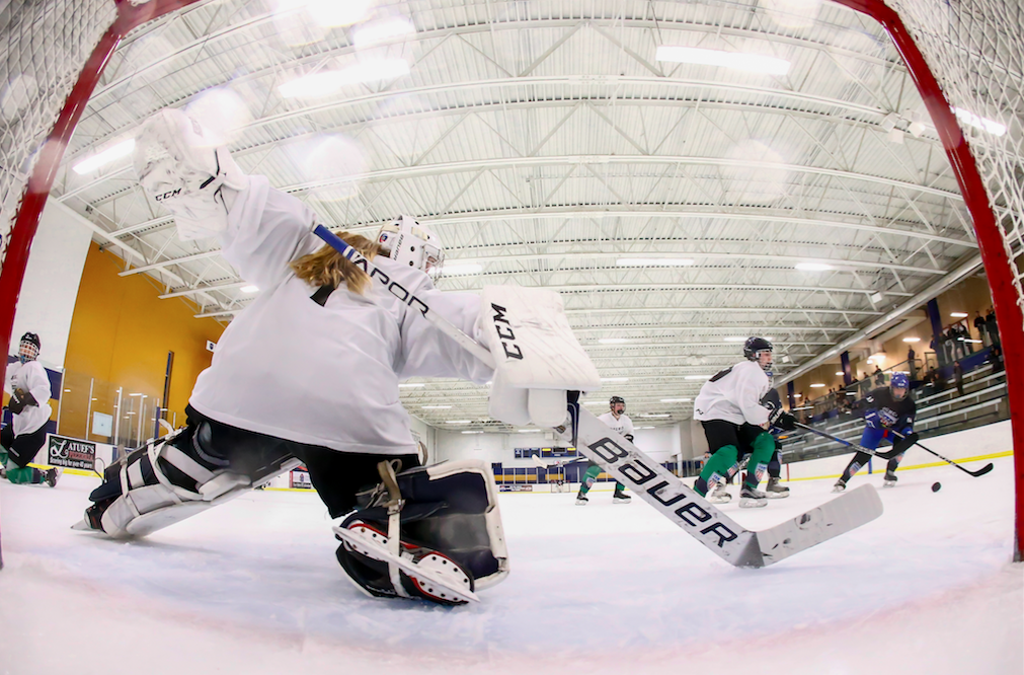 Minnesota's Premier Prep Green goaltender Rachel Miller makes one of her 22 saves in a 3-0 victory over Premier Prep Black on Day 1 of the 2018 USA Hockey High School Nationals.

Oldham County (Kentucky) 4, Salt Lake Stars (Utah) 2 – Jack Spelder matched his single-game season high with two goals to lead Oldham County past Salt Lake 4-2. Spelder sandwiched his tallies around a Tiago Ramirez goal, opening the scoring a mere 20 seconds into the contest, then extending Oldham County’s lead to 3-0 at 4:15 of the first period. Salt Lake answered with goals from Zane St. Martin and Carter Causse, but Oldham County’s Ian Gifford put the game out of reach with a power-play goal late in the third period to provide the final margin. Oldham County goaltender Matthew Crombie made 21 saves in the victory.

Sioux City Metros (Iowa) 5, Manatee Admirals (Florida) 3 – Drake Beller scored twice as Sioux City rallied to earn a 5-3 victory over Manatee in the teams’ tournament opener. Beller’s second goal, coming midway through the second period, sparked a four-goal Metros outburst and erased a 2-1 Admirals lead. Peter Morgan’s second goal of the game brought Manatee back to within two goals early in the third period, but it was as close as the Floridians would get.

Newark Generals (Ohio) 1, Monarch Coyotes (Colorado) 7 – Oliver Diasabeygunawardena and Connor Akerson each scored for Monarch within the game’s opening 41 seconds, setting the Coyotes on course for a 7-1 win over Newark. In all, six Coyotes scored, with Akerson’s two goals leading the way. Monarch goaltender Reese Kelly stopped 24 shots in the opening-game triumph.

“Playing here at Nationals – this is incredible,” said Adams. “There’s nothing better.”

Southlake goaltender Ricardo Alvarez stopped all 26 shots he faced to earn the shutout.