Monarch goaltender Teagan Ries has a simply policy when it comes to shootouts: Stay patient and let the shooter make the first move.

“If you drop, you’re already out,” she said.

She’s had plenty of opportunity to hone her technique. Earlier this season, Ries endured a 19-round shootout with the Chicago Fury. It made Saturday’s seven-round skirmish with Minnesota Premier Prep Green seem brief by comparison.

Ries stood tall, denying all seven attempts, and Monarch’s Annika Dribbon scored on her second attempt to give the Coyotes a 2-1 victory in their final game of pool play at USA Hockey’s High School Nationals.

For Dribbon, it was a second chance to execute her go-to move. She gave no thought to a Plan B.

“I like the Datsyuk move,” she said. “And I didn’t really think the goaltender was going to pay much attention to what I did the first time, so I just tried it again.”

Her goal secured a second victory for Monarch at Nationals, but narrowly missed boosting the Coyotes into Sunday’s championship game. A regulation win would have forced a tie-breaking process, but an overtime decision left Monarch one point behind Minnesota’s other entry, Premier Prep Black, which topped the Coyotes 5-3 yesterday and secured second place with a regulation win Saturday against Aberdeen, South Dakota.

“In our last game (against Premier Prep Black), we didn’t have the same energy we had in our first game,” said Dribbon. “Today, we did. We worked hard and it was a team effort.”

After two scoreless periods, Allison Corser-James struck first, giving Monarch a 1-0 lead early in the third. Four minutes later, Sydney Paulsen batted a backhand shot past Ries to tie the score. Both teams pushed for a deciding goal, but Ries and Premier Prep Green goalie Rachel Miller were unbeatable through the final minutes of regulation. The tie earned Premier Prep Green a single point, which is all it needed to secure first place in the pool and a spot in tomorrow’s 11:30 a.m. championship game against in-state rival Premier Prep Black.

Monarch will face Aberdeen in the consolation game at 9 a.m. 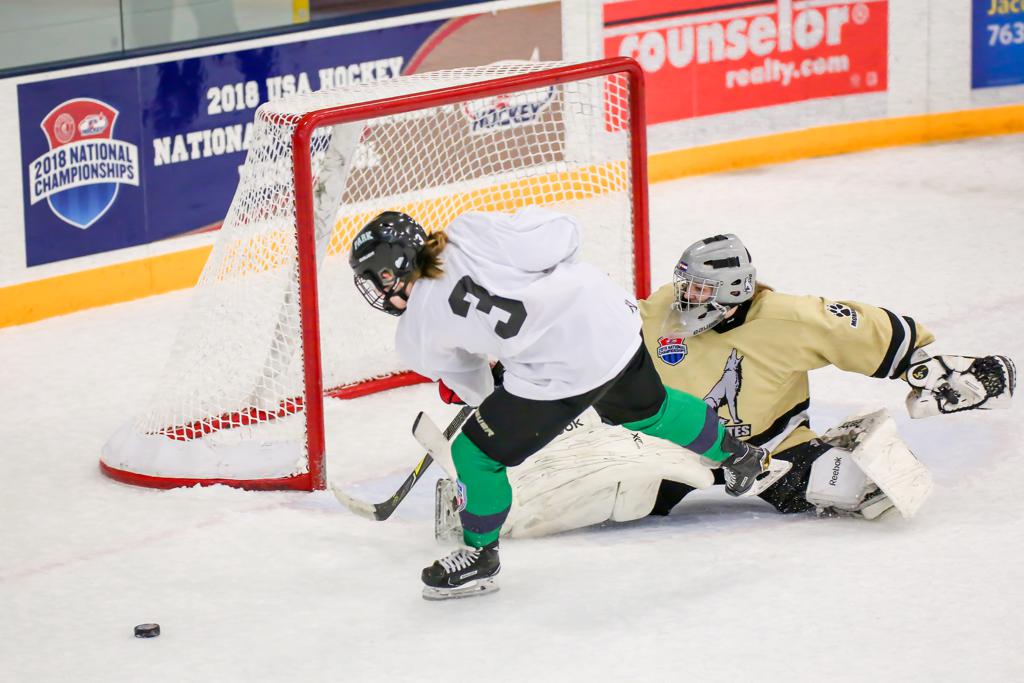 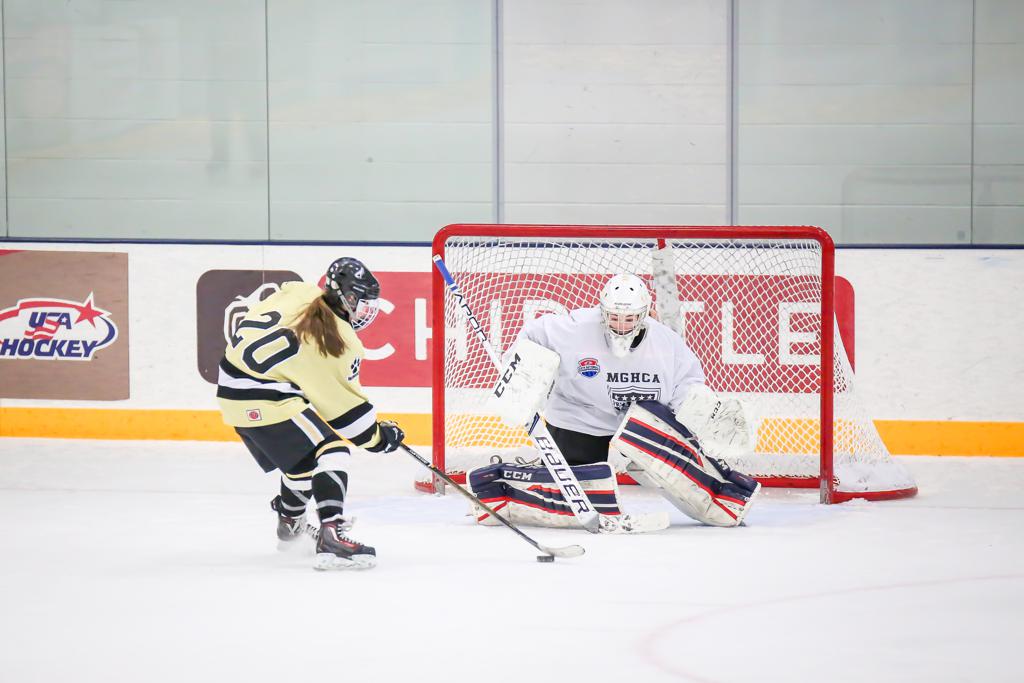 Salt Lake Stars (Utah) 1, Gillette Wild (Wyoming) 2 – Despite being outshot 40-18, the Wyoming state champions from Gillette took advantage of a power play and a breakaway to score a pair of third-period goals en route to a 2-1 triumph over Salt Lake. Tanner Richards scored both goals for Gillette, which advanced from Combined Division pool play into Saturday's quarterfinals with the win.

"We were just waiting for a break, trying to get it out of our zone, and we were finally able to create some passes and opportunities," said Richards. "We found ourselves in the third period."

Goaltender Caden Shields held Gillette in the game until then, facing his tournament high in shots.

"That was definitely my busiest game of the tournament," said Shields, who played both as a defenseman and as a goaltender last season before shifting exclusively to goalie this season.

"But when there's more action, you're more into the game, more focused. I got here early today, got a good warmup and I was seeing it well."

Jesuit High School Tigers (Florida) 3, Pinnacle Pioneers (Arizona) 2 – Jesuit High School, Florida's state runner-up, clinched a spot in tomorrow's quarterfinals with a 3-2 victory over Pinnacle. Rallying from a 2-1 deficit, Jesuit's Deacon More scored late in the second period to tie the game and midway through the third period to give the Tigers their winning margin. 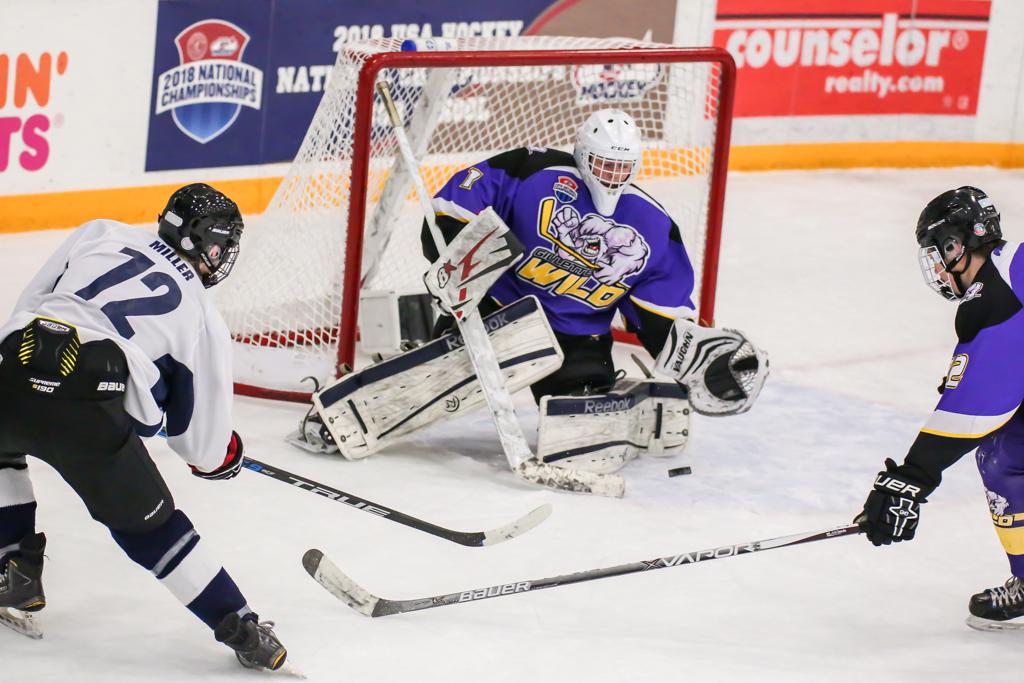