Sunday’s Division II quarterfinal between Billings and Sioux City wasn’t an artistic masterpiece, but it was a tactical masterpiece for the Metros, who dominated possession to such an extent that one spectator quipped about a second puck so the Bulls could have one, too.

Piling up a 40-22 edge in shots on goal, Sioux City cruised to a 5-1 victory over the previously unbeaten Bulls.

“It starts in our own end,” said Metros head coach Dave Legree. “We like to control the puck in our d-zone. We like puck possession. We’re not usually looking for long (low-percentage) stretch passes. Then, on the forecheck, we sent two in today and we were strong down low, so that helped.”

Taking advantage of a first-period power play, Sioux City’s Chase Lewison scored his team-leading fourth goal of the tournament with 6:36 remaining to give the Metros a 1-0 lead. Play continued ragged and one-sided, but despite the edge in possession, Sioux City couldn’t extend its lead until early in the third period when Connor Sand scored what proved to be the game-winner at the 1:29 mark. The floodgates eventually opened when James Page, Grant Newman and Taylor Frerichs netted a shorthanded goal, a power-play goal and an even-strength goal in a three-minute span to give Sioux City a 5-0 margin.

“Eight in the morning on a Sunday, early start,” said Legree. “Once we got our feet under us, we starting taking the play to ‘em a little bit.”

Billings’ Erik Reimche responded for the Bulls with 1:34 remaining, but it was the lone blemish for Sioux City goaltender Blake Beller, who earned his third win of the tournament and extended the Metros' season. The Metros’ triumph also extended Legree’s coaching career. The Toronto native and former Sioux City Musketeers goaltender announced recently that this will be his final season behind the bench after more than 35 years of coaching. But before Legree skates off into the sunset, at least one more game awaits Sioux City, which meets undefeated Plano West (Texas) in tonight’s semifinal at 5 p.m. 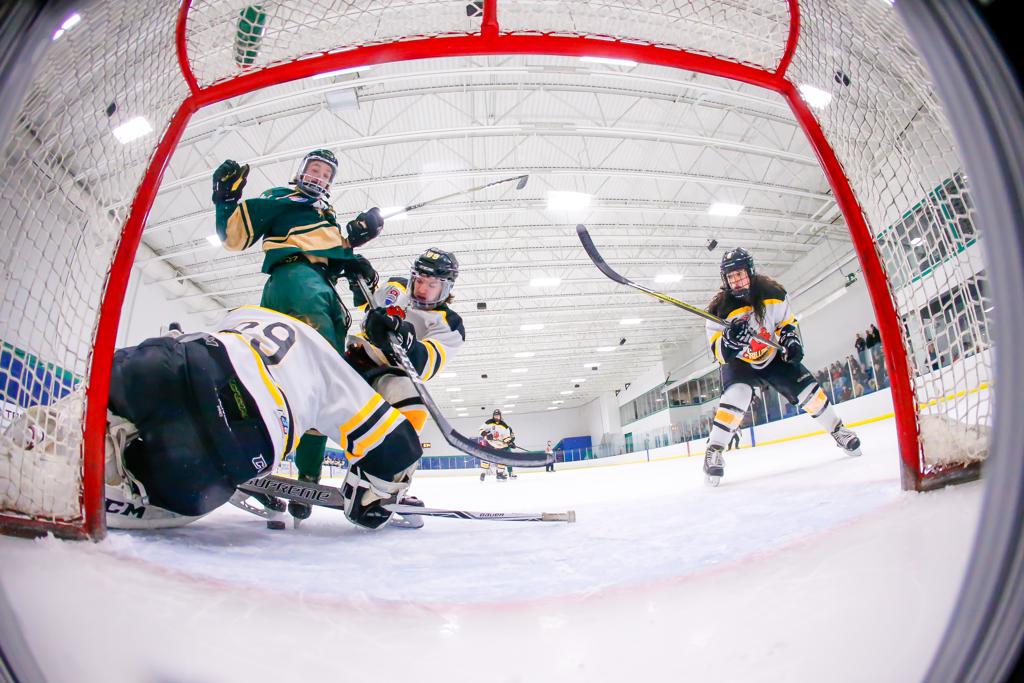 Greenville (South Carolina) 5, Monarch Coyotes (Colorado) 7 -- Monarch erased an early two-goal deficit with five consecutive goals to stem the tide, then skated to a 7-5 quarterfinal win over Greenville. Jacob Given (2G, 2A) and Connor Akerson (1G, 3A) led the scoring barrage for Monarch.