Girls Tier I 19U Notebook: Friday focus on gap control for Junior Eagles

Only one puck has crossed the Boston Junior Eagles’ goal line through two games at USA Hockey’s Girls Tier I 19U Nationals, helping them set the stingy standard while also setting the pace atop the Liberty pool with a pair of wins. Their most recent victory, a 4-0 shutout Friday against the Connecticut Polar Bears, wasn’t an offensive masterpiece, but it was a display of shut-down brilliance that could satisfy a defender like Cassi Ronan.

“We’ve been working on closing our gaps, so this was a good opportunity for us to work on keeping a tighter gap and staying up on their forwards,” said Ronan, 17.

Her penchant for stifling offense traces back to her father, Ed, a former Boston University and Montreal Canadiens forward.

“My older brother is a forward, so I think when I was younger, my dad just decided one of each,” she said. “He gave me the perspective of what forwards like and don’t like, and obviously as a defenseman, you want to do what they don’t like.”

Ronan and the Junior Eagles did a lot of what opposing forwards don’t like Friday, especially in the third period when they held Connecticut nearly without a shot. At the same time, they struck for three third-period goals to turn a tight 1-0 affair into a four-goal margin. Lauren DeBlois, Mary Edmonds, Katherine Tresca and Nicki Lutschaunig scored for Boston. Goaltender Madison Beck stopped every shot she faced.

“In the beginning, we came out pretty flat, but we were able to bounce back in the third period,” said Ronan.

With the win, the Junior Eagles put themselves in prime position to clinch the pool top spot tomorrow when they meet second-place Chicago Mission, which trails Boston by one point in the standings. 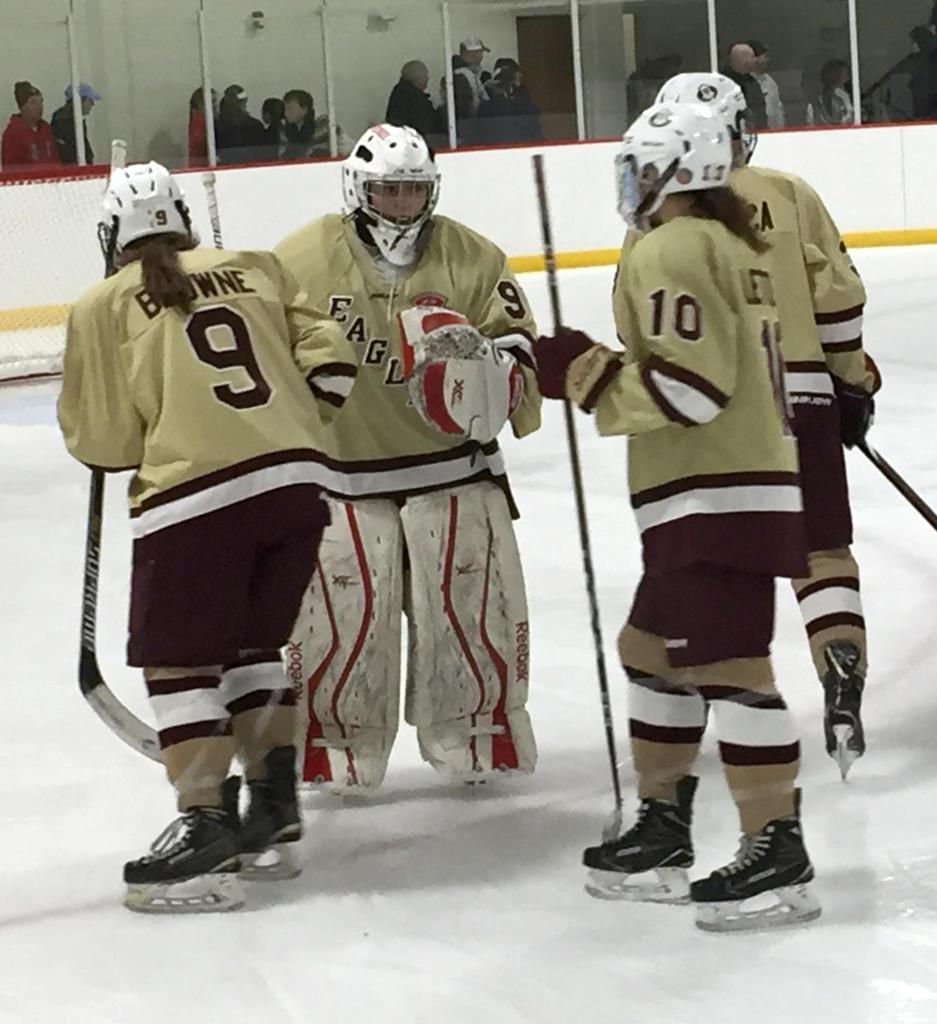 The Boston Junior Eagles congratulate goaltender Madison Beck on her 28-save shutout against Connecticut.