Trailing 1-0 after one period of their must-win pool-play finale, the Washington (D.C.) Pride responded with a goal late in the second and two more in the third to top the Pittsburgh Penguins Elite 3-1 and clinch a spot in Sunday’s quarterfinals.

Seventeen-year-old Silver Spring native Mollie Dalbey had a goal and an assist on the game-winner for Washington, and it was only fitting that a homegrown player would lead the way. It’s a point of pride for the Pride, a club committed to nurturing D.C.-area talent.

“To displace a local player with an outside player, we’ve resisted that,” said Washington head coach Kush Sidhu. “It’s not worth it to me. We've got over a hundred NCAA kids from our program that are local Washington, Maryland, Virginia girls, and they're so engaged in what we do, when they graduate, they come back and participate in our alumni events. They help get other girls excited about playing at a high level. They make it tangible that local girls coming up can come here, see our teams and know that there's hope if they just stick with it.”

One of those local alumni is United States Olympic gold medalist Haley Skarupa. She’s been an inspiration to her Pride sisters, who entered Nationals as the No. 14 seed but topped the No. 3 East Coast Wizards in their opening game.

“We feel like we're always the underdogs, because Washington isn’t a big hockey area,” said Sidhu. “It’s coming along, but we don't have a lot of rinks and we don't have any college hockey, so you know, we’re always feeling a little like the underdog.”

They’ll be the underdog again tomorrow against the fourth-seeded Chicago Mission, and Sidhu thinks Washington’s power play could be the difference. Against Pittsburgh, the Pride came unhinged a bit and went o-for-3. They’ll likely need a more efficient performance to win against high-flying Mission, which won the teams’ only previous meeting 2-0.

“If we get a power-play chance, we can’t waste it,” said Sidhu. “That could be an opening for us.” 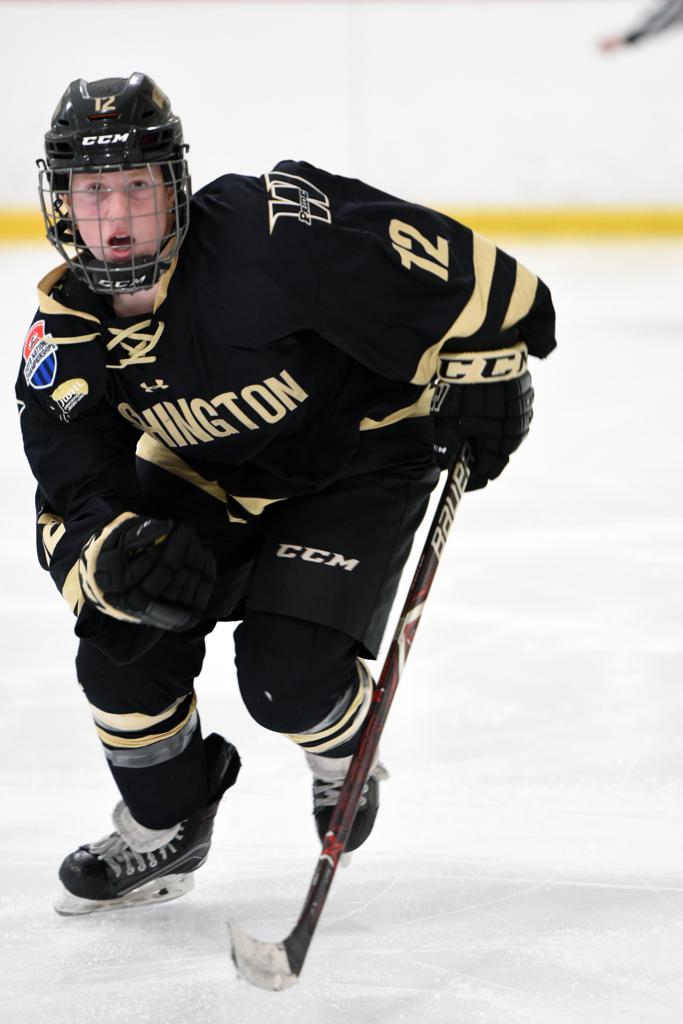 Washington forward Katelyn Brightbill scored what proved to be the game-winning goal against Pittsburgh on Saturday evening.