Team North Dakota came to USA Hockey’s Girls Tier I 16U Nationals with only 13 players, which made it even more impressive when the No. 16 seed pushed the Boston Junior Eagles and Dallas Stars Elite to shootouts in pool play. But the North Dakota girls weren’t content with moral victories, so they won both shootouts and qualified improbably for the quarterfinals.

Today, they pushed Selects Academy (New York) to the brink, allowing only a single goal by Haley Winn, but ultimately losing 1-0.

“I’m proud of our team,” said Mitch Hanson, North Dakota’s head coach. “As a 16 seed, I don’t think anyone thought North Dakota would be playing a 1-0 game in the quarterfinals. Hopefully this experience pushes these girls, and more girls in our state, to excel at the national level and participate in our before-and-after season.”

As for No. 7-seed Selects Academy of Rochester, the grind-it-out victory lifted them into a semifinal matchup tonight with the host (and No. 4-seed) East Coast Wizards, who topped the No. 3-seed Pittsburgh Penguins Elite 3-2 in their quarterfinal showdown.

East Coast Wizards (Massachusetts) 3, Pittsburgh Penguins Elite 2 -- The fourth-seeded East Coast Wizards rallied from an early 1-0 deficit with three straight goals from Christina Vote, Courtney Hyland and Kylie Quinlan to earn a spot in the semifinals against Selects Academy of Rochester. Kaitlyn O'Donohoe scored both Pittsburgh goals to finish in a tie with Lacey Eden for the team lead in goals (4) and points (6). 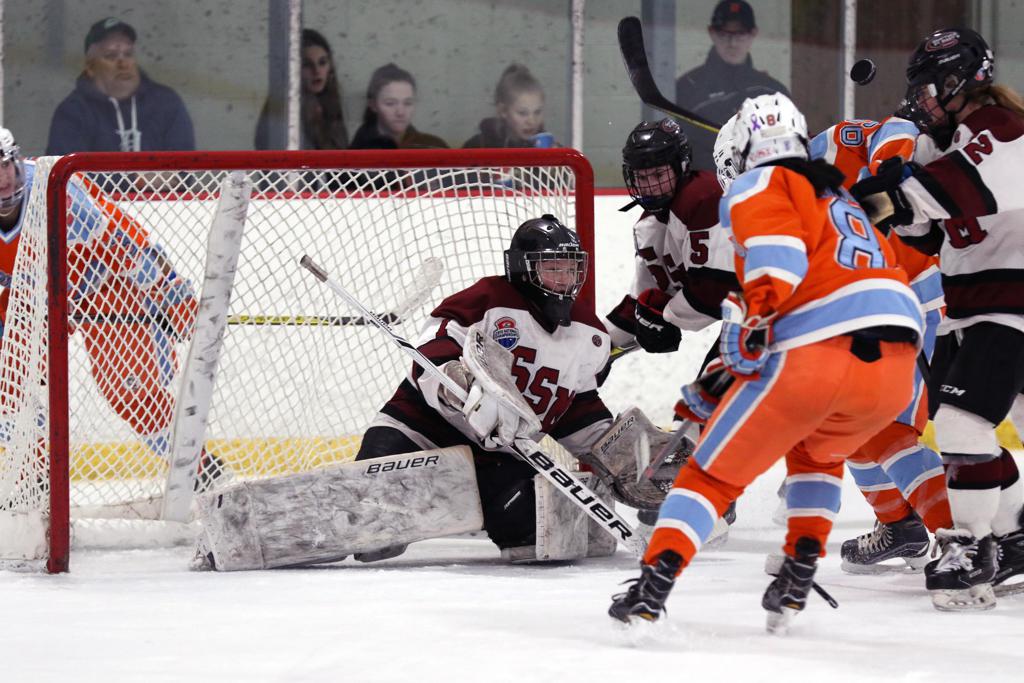