CHARLOTTE, N.C. – For the second consecutive day, top-seeded Compuware was pushed to the brink.

Like yesterday, a perfect penalty kill lifted Compuware to a hard-fought victory as they topped the Mid-Fairfield Rangers, 3-1, to earn a spot in tomorrow’s title game at the Youth Tier I 14U National Championship.

“This game was exactly what you’d expect with four teams pushing hard today to get into the national championship game,” said Ryan Barnes, head coach of Compuware. “Mid-Fairfield is a very well coached team. They gave it everything they had and so did we. Fortunately we were able to keep grinding and come away with the win.”

After a scoreless first frame, Mid-Fairfield struck first 2:47 into the second stanza when Paul Davey put home a rebound just outside the crease.

Sasha Pastujov tied the game for Compuware with 5:12 left in the second with a wrist shot from the slot. Andrew Jeffers put a shot from the point past Rangers’ netminder Conor Callaghan with 55 seconds left in the period to give Compuware a 2-1 lead through two periods.

Compuware finished off a 4-for-4 night on the penalty kill with a crucial kill with under five minutes to play. The shorthanded effort was fueled by goaltender Will Fox, who stopped 36 of 37 shots in the contest to backstop Compuware to the win.

“Your special teams need to be good this time of year,” said Barnes. “Our penalty kill and goaltending were both key factors in the game for us.”

Redmond Savage scored an empty-net goal in the final minute to account for the 3-1 final.

Compuware will take on the also-undefeated Pittsburgh Penguins Elite for the Youth Tier I 14U crown tomorrow.

“Pittsburgh is big, strong and a very well-coached team,” said Barnes. “We played them earlier in the year and I expect it to be another great game tomorrow.” 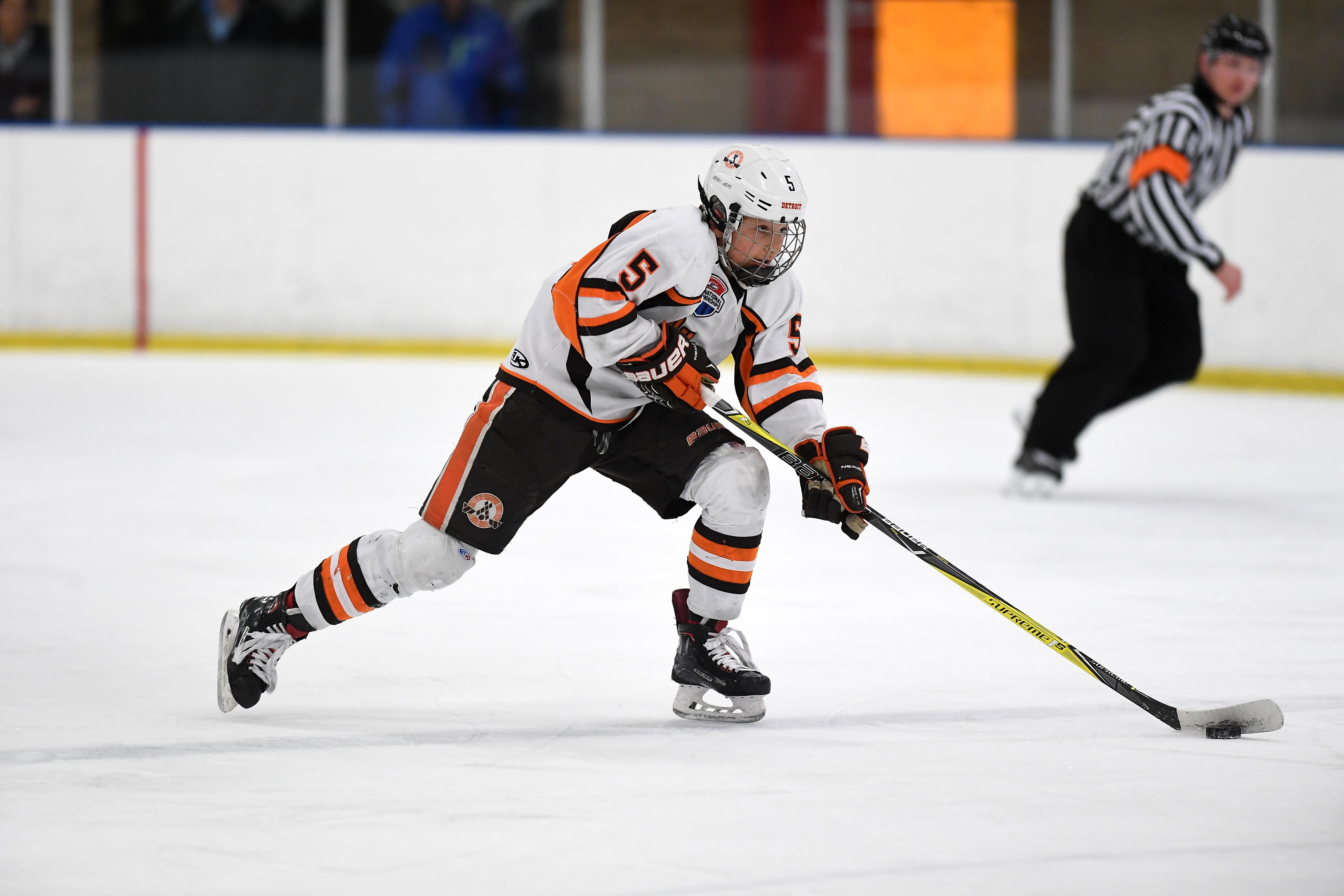 The Pittsburgh Penguins Elite overcame a 1-0 third-period deficit to defeat the Boston Jr. Eagles, 3-1, and advance to play Compuware for the Tier I 14U crown tomorrow.

"After giving up the first goal, we beared down and went after it," said Brian Mueller, head coach of the Pittsburgh Penguins Elite. "We started to play our game, get in on the forecheck and were able to capitalize on our chances the rest of the way."

After two scoreless periods, Joseph Fleming scored the go-ahead goal on the power play for Boston 1:27 into the final frame. Pittsburgh responded just under five minutes later on a shorthanded tally by Colby Saganiuk to tie the game.

Pittsburgh continued to push to take the lead, and Evan Vanden Heuvel put the Penguins ahead for good with 3:32 to play before capping the game with another empty-net goal.

"We didn't hang our heads after giving up the first goal," said Mueller. "We battled hard after that point and were resilient in getting the win."

Justin Cataldo earned the win in goal for Pittsburgh with 24 saves, while Nicholas Bevilacqua stopped 27 shots for the Eagles.

Pittsburgh and Compuware will face off at 10 a.m. ET tomorrow with the national championship on the line.

"Compuware is the top seed for a reason," said Mueller. "They're highly talented and possess the puck well. It's going to be a great game tomorrow." 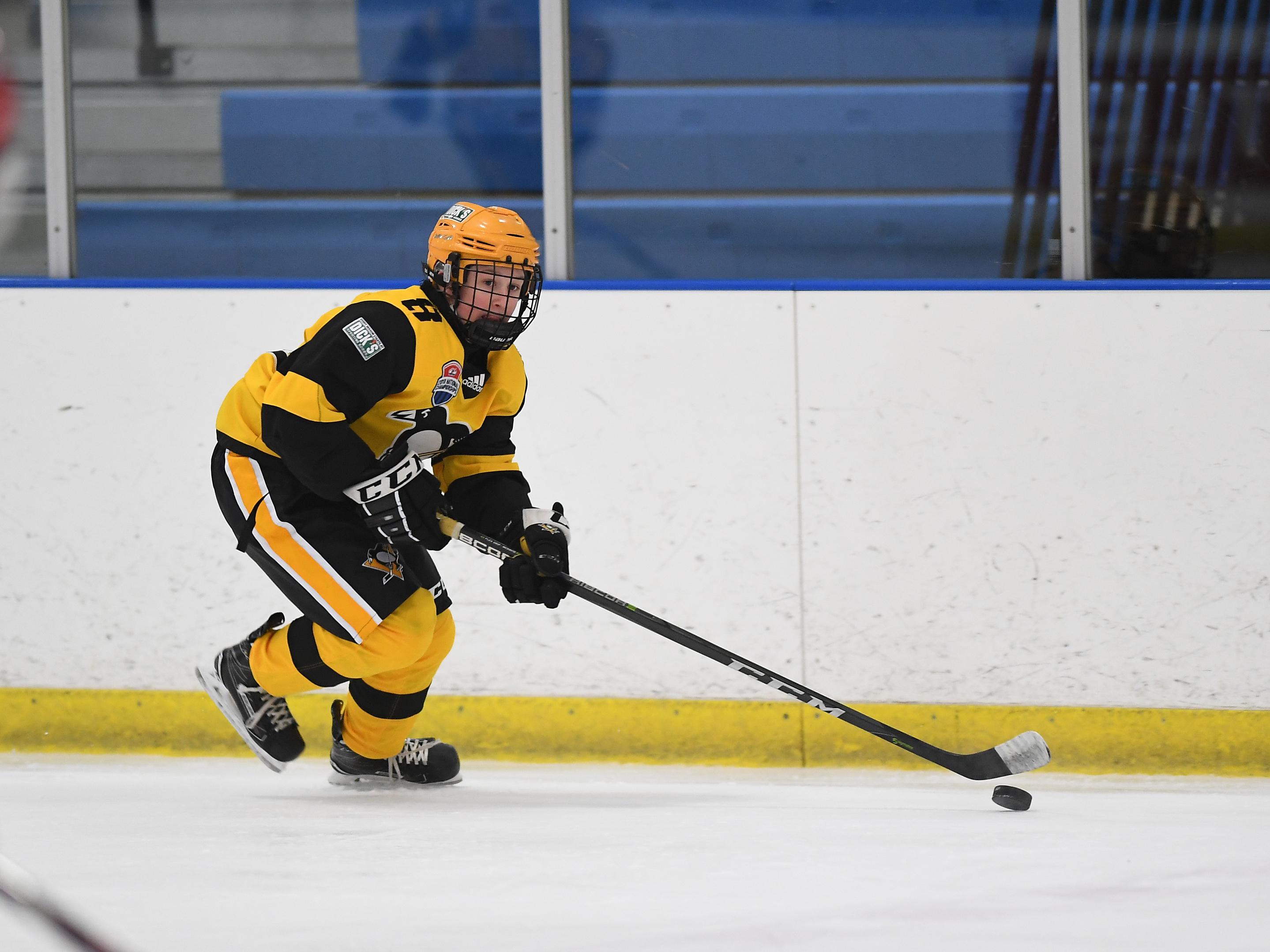