Follow along as schedules and pools are announced beginning at 5 p.m. ET

The schedules for the 2021 Chipotle-USA Hockey High School National Championships will be released tomorrow (April 9) beginning at 5 p.m. ET on USA Hockey’s Twitter and at nationals.usahockey.com. Times for the release of each schedule can be found below.

All the Nationals action will be streamed live at HockeyTV.com. 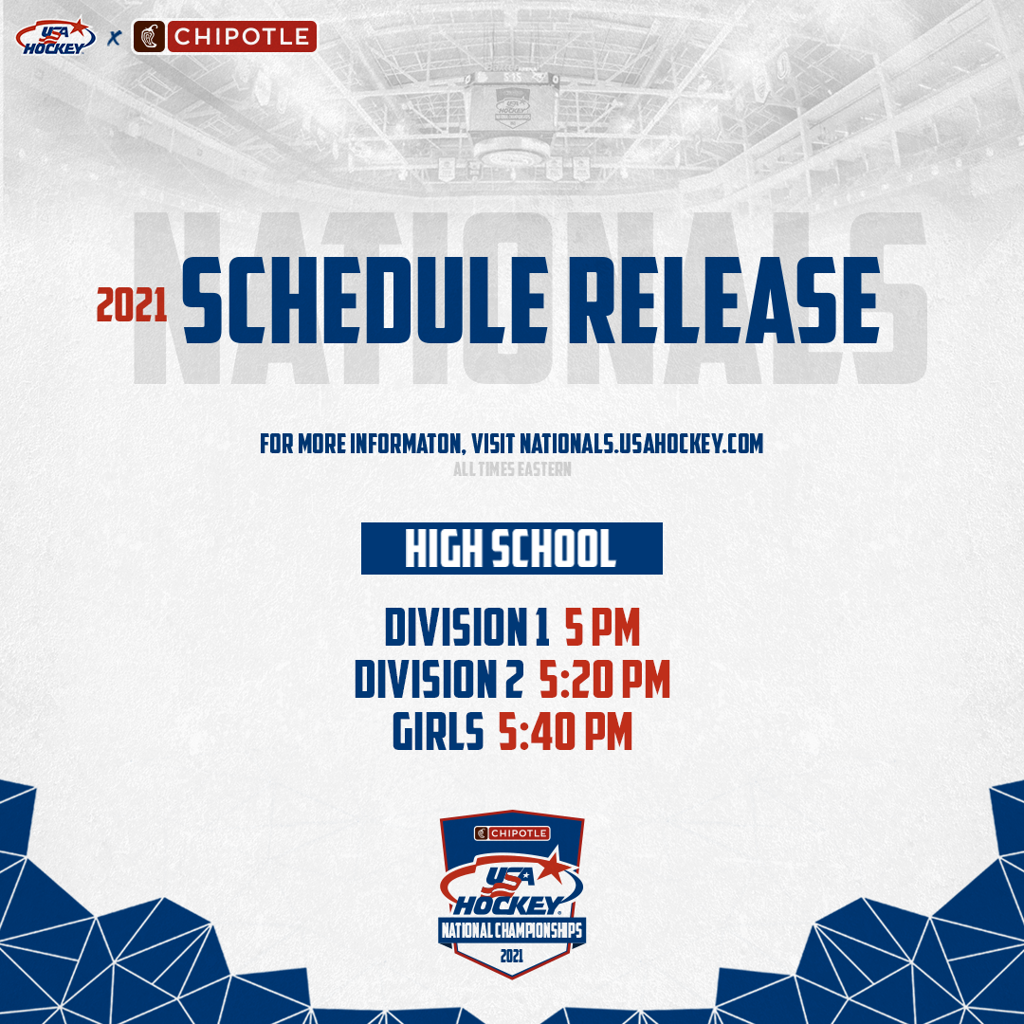