Winners of back-to-back titles, Eagles know they have a target on their back

OMAHA, Neb. — The Santa Margarita Eagles are no strangers to playing hockey this time of year. The Eagles came into this weekend winners of back-to-back Chipotle-USA Hockey High School Division I National Championships, and the California program has already won three titles in their 11-year history.

That quest for a third straight title, and fourth overall, got off to a strong start Thursday afternoon as the Eagles — representing Santa Margarita Catholic High School in Rancho Santa Margarita, California — put together a dominant 8-1 victory over the Penn Gold Kingsmen.

“It’s always nice to start a tournament with a win like that,” said Eagles head coach Ladislav Kohn. “When you can get started off on the right foot and get to know what Nationals are all about, it helps everybody feel good for the rest of the weekend. Also, when you put up eight goals it’s especially nice for our forwards to feel good about themselves and our goalie to build some more confidence.”

Kohn, a defenseman that played for eight NHL teams and put together a 20-year professional career, was an assistant under Craig Johnson for the program’s last championship. This weekend will present Kohn his first opportunity to lead a group of his own.

However, the first-year coach credits much of getting to this point to the person that laid the foundation before him.

“He built the culture we have here,” Kohn said of Johnson. “I think Craig did a great job of establishing values of what our program stands for and showing our players how to conduct themselves. Winning [a national championship] is always icing on the cake, but to be back here year after year and just to have the opportunity speaks highly of our program.”

Kohn officially took over the head coaching position in November of 2020. He’d been with the program since the fall of 2018 as an assistant, so he’s familiar with “how we do things here.” 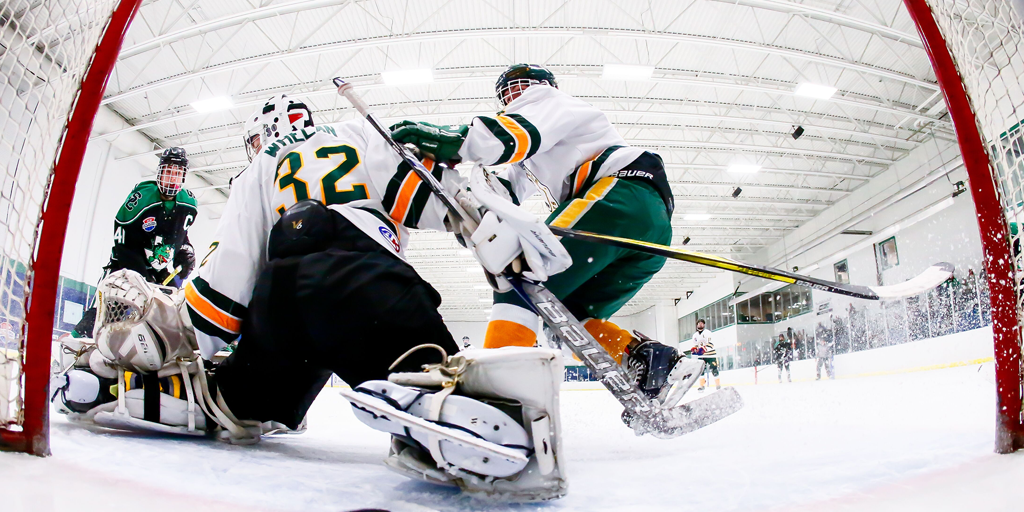 When the team got together in September, Kohn said they told the group to make sure they’re ready to play when they get the opportunity to do so.

“In a year like this, there’s no crystal ball and you don’t know what’s going to happen,” he said. “So I think for us and everybody else around the country, we’re all excited to have the opportunity to compete. We’ve tried to prepare for this weekend all year, so to be competing for a championship with everything that’s happened in a year like this is amazing.”

Now that they’re here and know what’s at stake, the group wants to make the most of the opportunity. They did exactly that in game one, jumping out to an early lead 1:17 in and capitalizing on nearly every opportunity throughout the remainder of the contest. Santa Margarita outshot Penn Gold 62-16 on their way to the 8-1 win.

Similar to past groups at this tournament, the Eagles believe they have what it takes to get it done.

“I think we have a very deep, skilled lineup and it’s similar to the past couple years,” Kohn said. “We have a few older guys who have played at this tournament a few times before, so we have a little bit of experience and the speed and skill that we’re able to play with really helps us.”

Similar to the past two teams at this stage, Kohn knows accomplishing the feat of winning a national championship won’t be easy.

“Every year we come back it seems that the competition is stronger, the players are faster and more skilled, and I think it shows how tough it really is to win here,” Kohn said. “It’s a testament to all of the programs here and how well everybody has done growing the game.

“At the same time, it makes it a little bit harder when you’ve got that target on your back and everybody is gunning for you. I think every year we know at the end of the day if we come to the rink and leave everything out there, you give yourself a chance to come home with a championship banner.”