OMAHA, Neb. — After scoring nine goals in two games just one day prior, the Minnesota-based Premier Prep Forest girls’ hockey team found the back of the net six more times Monday morning, giving them a 6-2 win over the Wisconsin Blackcats and the 2021 Chipotle-USA Hockey High School Girls National Championship.

“Such a great group,” head coach Kelly Crandall said of her team. “They love hockey, they love the game and they love being out there for each other, so that’s huge anytime you’re a team. Coming together without a ton of practice and getting back on the ice was incredible to see their talent and teamwork pay off.”

A big part of that strong offensive showing was the play of forward Katherine Katzmarek, who led the way with two goals.

“She’s incredible,” said Crandall. “Her game speaks for itself, I don’t think I can do it justice. She’s a great team player, up and down the ice, two-way hockey, and it was a fun tournament. Really fun to see her be so successful, put the puck in the net and use her teammates.”

A team made up of girls from around the Minneapolis metro area, Crandall’s team came to Omaha with very few practices under their belt. However, that unfamiliarity was never an issue. Going home with a championship trophy makes it that much better.

“It was great,” Crandall said. “Incredible experience, lots of fun on and off the ice, and any time you compete in the national tournament it’s incredible. Blessed to be here, blessed to play hockey, and this has been a lot of fun.”

Wisconsin’s Jenna Bergmanis scored 13:12 into the opening period to jump out to a 1-0. Besides another Blackcats goal near the midway point of the third period, Premier Prep controlled most of the play.

They led in the shot department 46-15 and responded to that first goal against with four consecutive of their own. Premier Prep also tacked on two more goals in the third.

“The offensive end really surprised me,” Katzmarek said. “We were passing the puck like crazy, we made great plays and all of our shots kept going in, but it was great.”

Katzmarek said her message to the team this weekend has been to simply go out and play your hardest. As a team, they’ve focused on not looking too far ahead and playing their game. That paid off in Monday’s 6-2 win.

“I am so excited for this big win,” she said. “I haven’t played with these girls for long, we played 15 games this season, and just so many emotions are going through my head right now. I couldn’t be more excited.”

Premier Prep’s Lola Troyak also had two goals of her own, while Ellie Schmid and Leah Hatcher rounded out the scoring. Ashley Hess turned aside 13 of the 15 shots she faced between the pipes in the win.

For the head coach behind the bench, Monday’s game was a complete team effort and winning a championship is always a great feeling. As for the weekend as a whole, it was a great experience for her girls.

“It’s been fun to get back on the ice and this weekend has allowed our girls to feel like we’re getting back to normal a little bit, but while still doing it safely,” Crandall said. “The arena did a great job of keeping protocols in place, it felt safe, it was a great environment, and the team had a lot of fun.” 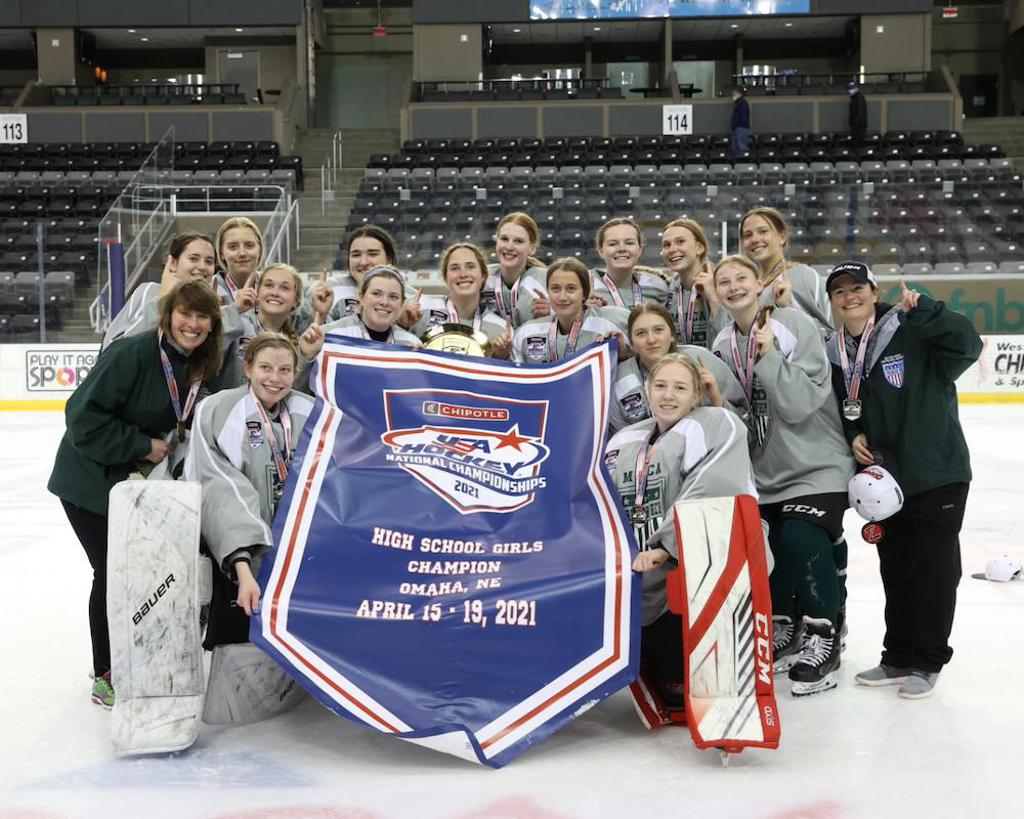