GREEN BAY, Wis. -- Shattuck-St. Mary’s finally got over the hump.

“I think we just wanted it and showed everybody that,” Shattuck-St. Mary’s goalie David Tomeo said. “This is a big win for us, and it just came down to us wanting it more.”

Tomeo came up with 30 saves in the final and won all five of his games in the tournament. He stopped 104 of 110 shots faced.

The teams were all too familiar with one another, having faced off five times during the regular season. Shattuck-St. Mary’s won the first three games and Chicago took the next two.

“You’ve got to give them credit, but our guys came out and they had a plan and they stuck to it and they played hard together,” LaFontaine said.

Chicago, which placed runner-up for the fourth time in the last seven years, outshot Shattuck-St. Mary’s 32-26.

Chicago got on the scoreboard first, scoring six seconds after its initial power play expired. The Mission kept the puck in their zone and Graham Slaggert — who scored twice in the final and led all three Tier I age levels with 12 points — pounded home a rebound at 3:32 of the opening period.

Shattuck-St. Mary’s quickly answered 45 seconds later. Chicago couldn’t clear the puck and Reedy took control of the turnover, skated in on the net and put the puck past Shane Brancato.

Shattuck-St. Mary’s took its first lead and took control of the game in the second period. Grant Mismash carried the puck past the circle and dished it to the middle for Connor McMenamin, who went backhand for the goal at 4:42.

After Chicago tied the game 2-2 at the 10:03 mark of the second period on a Slaggert tally, the Sabres responded in a big way. Just 46 seconds after the Mission’s goal, Reedy scored for the second time.

“The energy was just there on the bench and everyone was pumped to get that next one,” said Reedy, who scored seven goals in the tournament. “We were more determined than [Chicago]. The goal just came to us after working really hard.”

LaFontaine said he could see the Chicago players fighting fatigue after the goal. It was going to be tough for them to make a comeback.

Shattuck-St. Mary’s built a little cushion, scoring at the 8:01 mark of the third period. With a loose puck sitting at the doorstep waiting to be cleared, the Sabres’ Charlie Dovorany buried it into the back of the net, and it was 4-2.

“It’s for the players,” LaFontaine said. “All year, [the coaches] had the players prepared on what we had to go through to be able to weather the storm, and we were fortunate.” 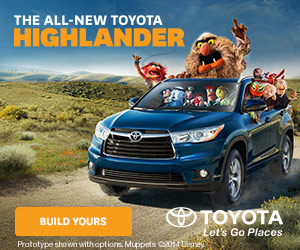